Ving Tsun (also spelled Wing Chun) is a relatively simple system based on natural movements of the human body. This traditional Martial Art takes its name from the woman who devised the system and principles over three hundred years ago in mainland China. It relies on the efficient use of body position and movement without the use of unnecessary force.

It is a complete system which builds on three hand forms, a wooden dummy form and two weapon forms. The hand forms are called: 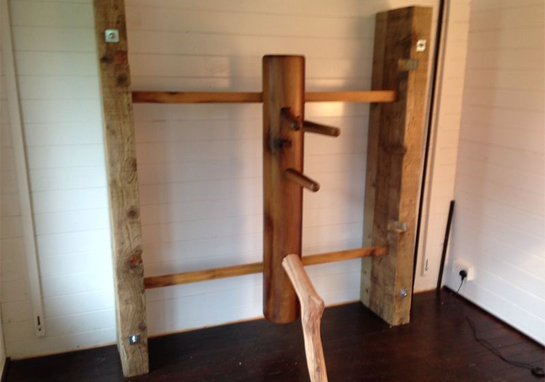 The wooden dummy is called the Mook Jong and has its own form associated with it. The weapons were later additions to the system. They include the Luk Dim Poon Kwan (six and half point pole) and the Bah Cham Dao (two butterfly swords).

Learning the system begins with an introduction to the basic principles of movement, balance and sensitivity. This enables the student to progress to a point where the art becomes an expression of the student. Whatever your reasons for studying the art of Ving Tsun, you will find it a simple and logical method of self-defense.

Another element particular to Ving Tsun is a drill called chi sau (sticky hands). This is a game played with a partner to develop sensitivity to an opponent's movement.

WHERE TO FIND US

Call Us Now or
Send an Email